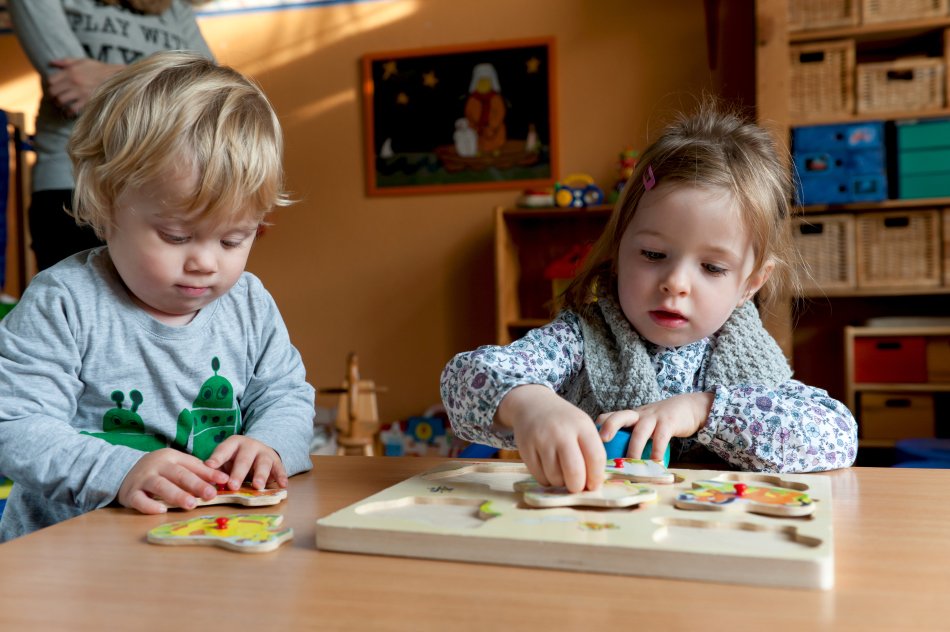 Teaching Project Management: Seeing a Puzzle through to the End

Bad weather days are the perfect time to pull out a new jigsaw puzzle, have some family time, and exercise the brain. Our kids grew up on puzzles. The colourful wooden ones with one isolated spot for each of the pieces were a teaching tool. The kids learned a lot including their animals, letters, and numbers. The pieces also unintentionally served as teething blocks as evidenced by some tiny bite marks on their corners. From those first puzzles, my kids progressed to jigsaw puzzles. Initially they were managing puzzles with just ten pieces but quickly they were happily doing puzzles of 100 pieces and then 1000 pieces. Little did they know that they were also getting some training in project management along the way!

Jigsaw puzzles are much more fun when you work on them together. In other words teamwork! We never really had a team manager per se but there was a little refereeing going on when someone infringed on another’s territory by adding a piece to their section without asking. Intervention was also needed to decide ownership when two sections became one combined larger one.

Time management was another issue. Once we committed ourselves, we got it done. Keeping a puzzle half-finished on a table or, God forbid, the floor, was not an option for my Type A personality. We always set a deadline when the puzzle, finished or not, was put away. With the deadline hanging in the back of our minds we worked diligently to finish the puzzle in the allotted time.

We always defined the framework right away by finding all of the edge pieces and putting them in place. No other work was done until this was complete. Next, we would examine the photo on the box cover and sort all of the pieces by colour and context to be able to build the various components. Delegation of responsibility for the piecing of different sections sometimes took a little refereeing too, but then everyone would settle in to work.

Collaboration and problem solving would follow as often there would be frustration from someone or another at not being able to find the one elusive piece to complete a part of their section. Everyone would pitch in to help. The kids learned how to identify slight variations in shape and colour to aid with the process. There were long periods where we didn’t make much progress but everyone stuck to it with encouragement from the others. Congratulations and support were a constant with the success in finding that one difficult piece, or significant progress on one puzzle section.

Fitting major sections together was another cause for celebration as we could see light at the end of the tunnel. Not long after that we would just be left with the final details of finishing the dreaded “sky” or “water”. Working on these dreary areas was like the final edit of a project report. You could see the end in sight but had to face the little details. In the final areas, the colour never varied much and you went through a lot of trial and error to get it finished. Very similar to the back and forth of final edits!

In the end, we never kept the completed puzzle around for long; just enough to admire it a bit and appreciate the teamwork that accomplished the task. After that, like a project, we boxed it up and put it away. If the weather persisted and time permitted, then usually a good round of Monopoly would pass the time until the sun was shining once again. Time well-spent preparing the kids, without them knowing, for future challenges in project management.

Notice: Trying to access array offset on value of type null in /usr/home/humansys/humansys.com/public_html/wp-content/plugins/woocommerce/includes/class-woocommerce.php on line 186